Get to Know Your Pork Cuts 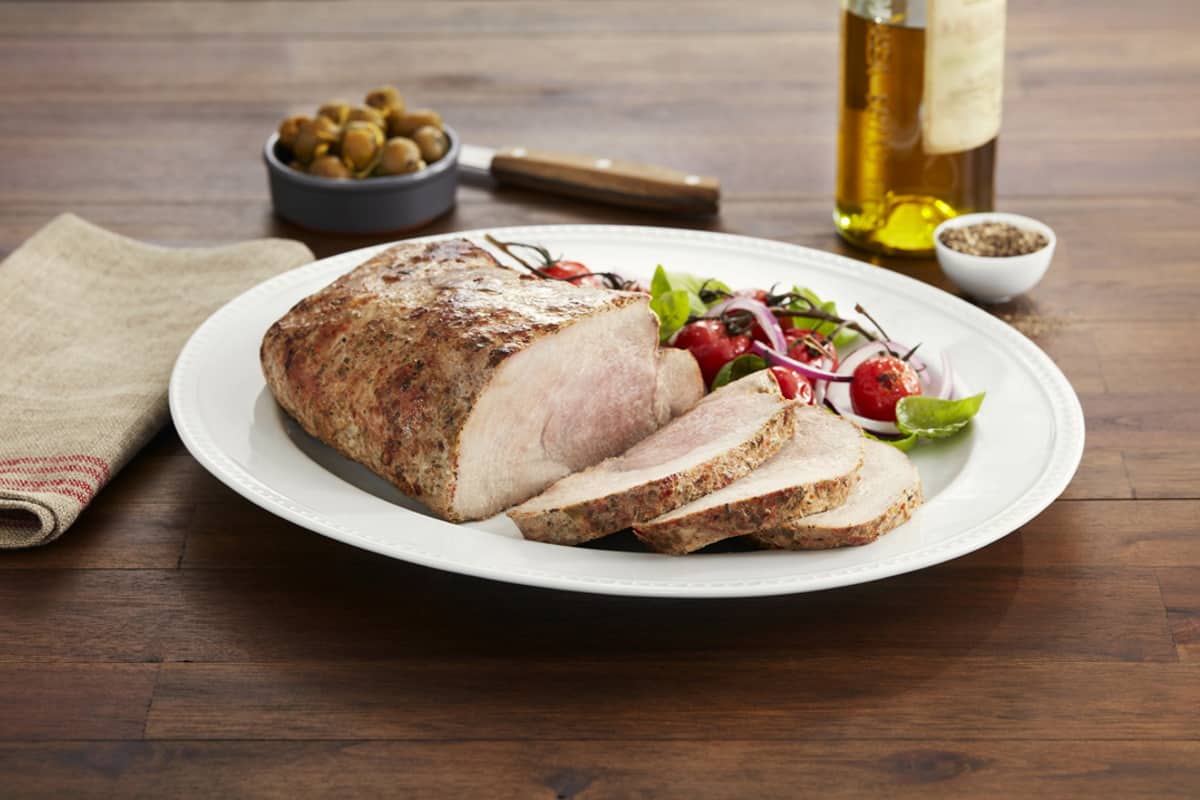 The Whole Hog: Get to Know Your Pork Cuts

Most of us know the basic pork cuts. Pork chops. Bacon. You know, the fan favorites. But there’s a whole lot more to learn. There are delicious pork cuts available at your grocery store. You just need to know what they’re for and how to cook them.

So start here – with an overview of all things pork. And when you’re ready, you can use our recipes to make your pork’s flavor pop.

Chops: Pork chops are the most popular cut from the pork loin. Depending on where they originate, pork chops can be found under a variety of names, including loin, rib, sirloin, top loin and blade chops. 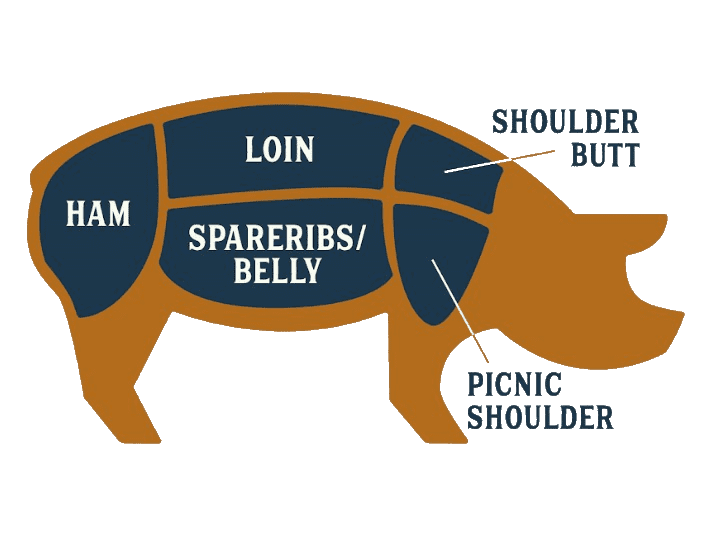 Backribs: ​Backribs originate from the blade and center section of the pork loin. A rack typically weighs between 1½ and 1¾ pounds.

Country-Style Ribs: Country-style ribs are cut from the sirloin or rib end of the pork loin. These are the meatiest variety of rib, so you might want to serve them with a knife and fork.

Loin Roast: The loin roast comes from the area of the pig between the shoulder and the beginning of the leg. It is sold either bone-in or deboned.

Rib Roast: ​Pork rib roast can also be referred to as rack of pork or be labeled center-cut bone-in pork loin. The cut originates in the rib center portion of the bone-in center cut loin and will be an eight-rib center portion. This area contains a bit more fat, which makes it very flavorful.

Tenderloin: The tenderloin comes from the full pork loin. As the name indicates, the tenderloin is one of the most tender cuts of po​rk. Typically, pork tenderloin weighs between ¾ and 1½ pounds.

Boston Butt: ​Pork shoulder is the top portion of the front leg of the hog. The terminology for pork shoulder can vary widely depending on the region. This is what you’ll use for pulled pork.

Ground Pork: Ground pork is pork that has been ground or finely chopped. It is unseasoned and usually is available fresh with an average lean-fat ratio of 70% lean, 30% fat.

Pork Steak: A steak comes from a roast cut that’s been sliced. Pork steaks are flavorful like roasts because they are rich in marbling, which keeps them tender during cooking.

Sausage: ​Sausage is seasoned ground pork that is enclosed in a casing. Sausage may be fresh, smoked or cured.

Pork Belly: Pork belly comes from a hog’s “belly” or underside after the loin and spareribs have been removed. This boneless cut may be served fresh, which means it is not cured or smoked. It’s high in fat and full of flavor.

Bacon: When pork belly is cured or smoked, it becomes bacon. An abundance of fat gives bacon its sweet flavor and tender crispiness. If you’re looking for the best bacon on the block, we recommend Daily’s® Premium Meats. After one bite, you’ll know why it’s our favorite.

Spareribs: These ribs are the least meaty variety of ribs, but they’re full of flavor. Spareribs are typically larger and heavier than back ribs. Fun fact: St. Louis-style spareribs are from the same cut as spareribs.

Ham: You’ll find both bone-in and boneless hams in a variety of shapes. Most hams are fully cooked, as noted on the label. Cooked hams can be served cold or after warming in the oven. Uncooked hams should be heated to an internal temperature of 145 degrees F, followed by a three-minute rest time.

Ham Leg: Fresh pork leg, also known as fresh ham leg, is the uncured hind leg of the hog. Like cured ham, fresh leg of pork is available either bone-in or boneless and may be purchased whole or halved.

Hocks: Smoked hock and shank are flavorful, inexpensive cuts that originate in the front leg of the hog, known as the arm picnic shoulder. The picnic shoulder is located directly under the shoulder butt and is almost always sold bone-in and skin-on. Ham hocks are most often available cured.

Ready to get cooking? Check out our delicious recipes before your next dinner party.

We use cookies to ensure that we give you the best experience on our website. If you continue to use this site, you agree to the storing of cookies on your device to enhance your site experience.
Cookie SettingsAccept All
Manage consent

This website uses cookies to improve your experience while you navigate through the website. Out of these, the cookies that are categorized as necessary are stored on your browser as they are essential for the working of basic functionalities of the website. We also use third-party cookies that help us analyze and understand how you use this website. These cookies will be stored in your browser only with your consent. You also have the option to opt-out of these cookies. But opting out of some of these cookies may affect your browsing experience.
Necessary Always Enabled
Necessary cookies are absolutely essential for the website to function properly. These cookies ensure basic functionalities and security features of the website, anonymously.
Functional
Functional cookies help to perform certain functionalities like sharing the content of the website on social media platforms, collect feedbacks, and other third-party features.
Performance
Performance cookies are used to understand and analyze the key performance indexes of the website which helps in delivering a better user experience for the visitors.
Analytics
Analytical cookies are used to understand how visitors interact with the website. These cookies help provide information on metrics the number of visitors, bounce rate, traffic source, etc.
Advertisement
Advertisement cookies are used to provide visitors with relevant ads and marketing campaigns. These cookies track visitors across websites and collect information to provide customized ads.
Others
Other uncategorized cookies are those that are being analyzed and have not been classified into a category as yet.
SAVE & ACCEPT